Refocussing with a little help from my friends

Today was one of those days my mind was spinning instead of of my hands. Too many things to think about and so many things I wanted to do. When I reached overload I headed for the barn. Animals definitely have a calming effect on me like millions of others.
First I encountered the new ram- Thor? He was relaxing in his new digs waiting for visitors. I tried on some new names for him. 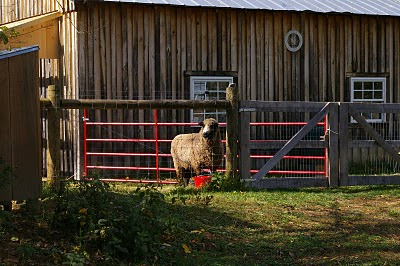 Check out his shelter in progress. 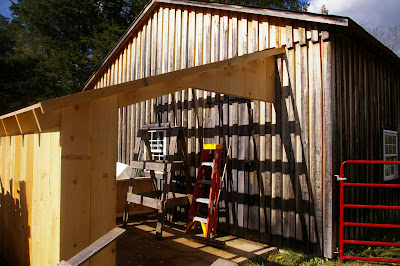 I crimped an edge for a roof panel this morning so it should be done soon.
When I came upon the chickens they were intently looking for something. 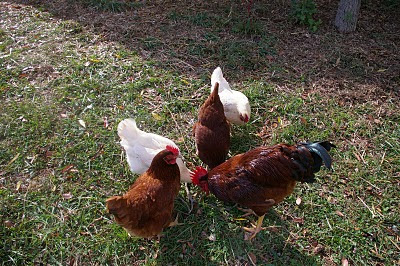 A few minutes later two were strolling with Amelia while Beau looked stately except for that piece of hay hanging from his mouth like an old farmer. 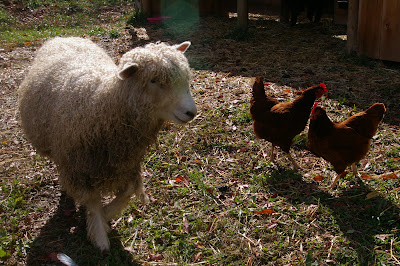 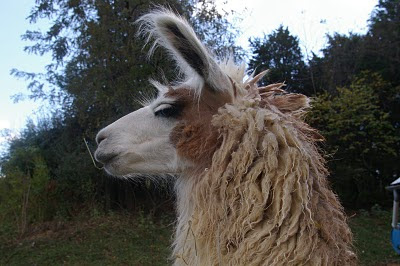 I wish I knew which hen is still laying eggs in the nesting boxes in the chicken coop-- I 'd give her a medal. These I have to collect from the hay loft in the barn. 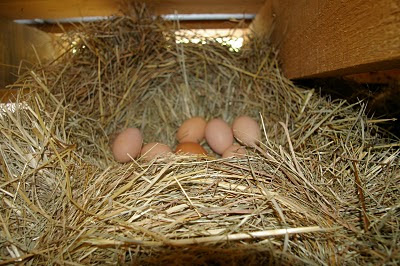 I think I liked it better when they were laying on top of the closet.
What a Beautiful Autumn day-- especially once I put the cluttered thoughts aside.
Posted by 6 sheep and a llama at 10:04 PM