It Rained All Night

So when I woke up this morning, I dreaded going to feed the animals in the rain and MORE MUD.  A farmer has to be creative because there is always the unexpected or the expected to deal with.  The plan for this morning was taller boots and a wheelbarrow.

Grab the wheelbarrow from the garage/barn, pick up an unopened bale of hay from the hay stack, open the gate and steadily move forward on the grassiest route I could find to the barn.  It all worked incredibly smoothly, like the animals picked up on the plan two paces inside the gate.  They walked in pace along side the wheelbarrow instead of greedily halting my progress for an early bite.  I put the whole bale in the closet without a nudge and then put some in the hay feeders.  Leaving a little in the wheelbarrow, gave the sheep room to spread out, and all were content.

After munching for awhile, Zorra came over for some rubs.  Amelia came for some attention but we haven't really established her favorite sheep to human interaction.  I wanted to check in with Mira to see if I could get a better sense of what is going on with her, but she didn't want to talk about it this morning.  Reminds me of someone I left in the house, who I was checking in with a few minutes earlier.

Gretta was looking out into the rain and we were having a conversation about mud and its positive and negative attributes.  I told her about rainy days in Marin County (about 45 years ago) when I would go to the Mill Valley library and then to a sweet hangout where you could get a hot cup of tea with a splash of brandy.  I would write poetry on paper napkins-- I wonder if any of it was good.

It is funny how what you think is going to be a quick chore of necessity turns out to be a delightful serene visit with good friends.
Posted by 6 sheep and a llama at 10:29 AM 2 comments:

The "after the snow melt" mud was too much tonight so I took the sheep out for dinner.

Everyone likes to go out to dinner but often the food isn't as good as home.  The sheep got both.  I opened the hay gates and let the sheep go help themselves. 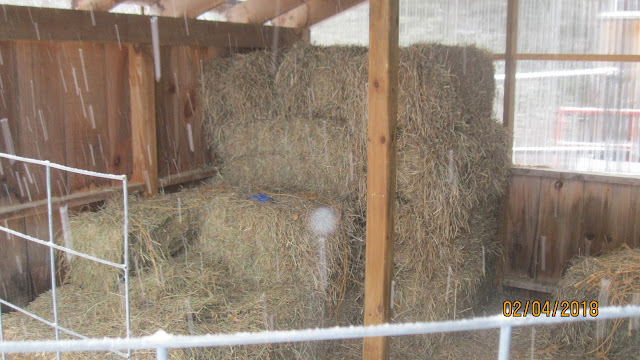 This picture was taken a couple of days ago.  It was a fun sight tonite with 9 sheep in with the hay, but once again I didn't have my camera.

Once the sheep decided who was going to stand next to who, they were pretty well behaved and  dinner was peaceful.  I think they all appreciated eating in nice surroundings without squishing in the mud.

Then it was back home for a dessert of organic grain.
Posted by 6 sheep and a llama at 8:46 PM No comments:

Just Yesterday, I was thinking about how all the sheep colors blend about this time of year.  I tell people that the sheep of Cabin Spring Farm are brown, grey, white, and multi beige but when the sheep are in heavy fleece they do have a similar outer fleece color (kinda beigy) .  Today the sheep are white sheep. 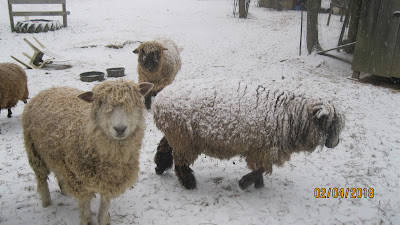 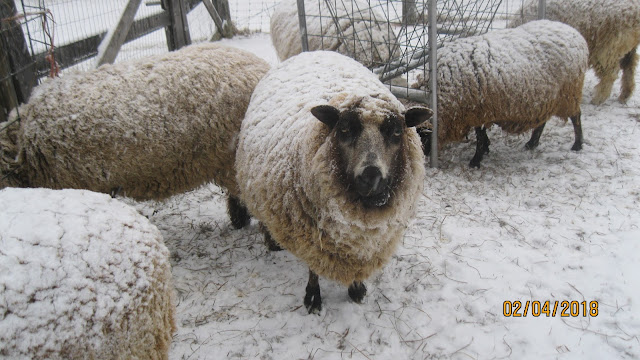 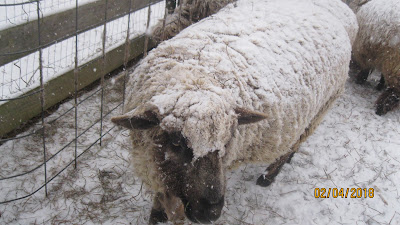 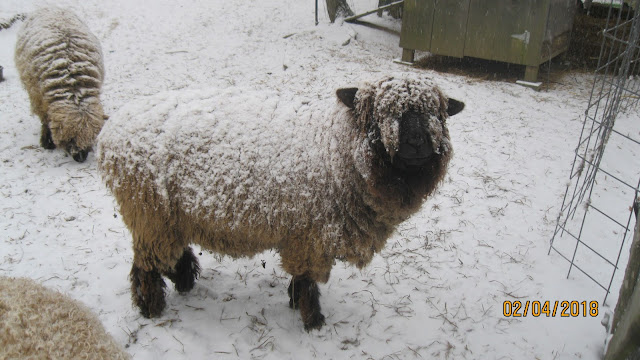 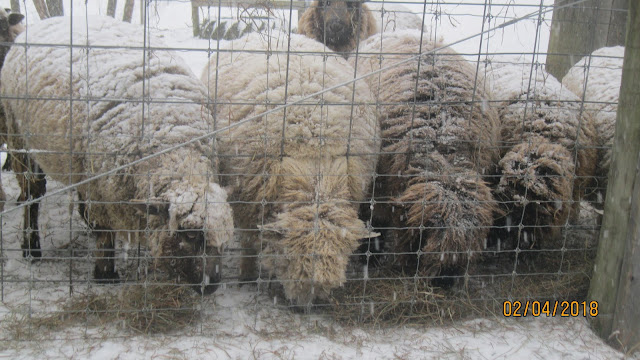 In the above picture you can actual see the beige,white, gray, and brown.


And below is the kitten called "Little Gray" 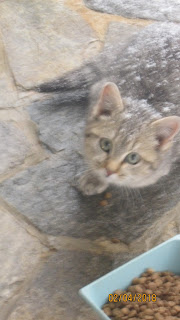 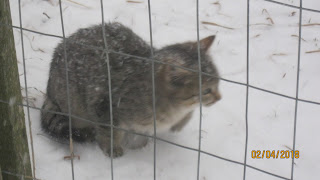