My friend Kris told me she was going to watch the eclipse with her horse.  Animals often have an interesting reaction to such phenomena, so I thought we should have an eclipse party in the barnyard.
I read that some native americans observe the eclipse by staying inside quiet (but not napping), fasting, and just generally paying respect.

Just before the beginning time, I took my recycling to our recycling center.  My buddy was there and we were talking about the eclipse.  He told me an old farmer was in earlier with a story about the 1979 eclipse.  The farmer said his cattle went crazy and were going in circles.  I was getting excited about what might transpire in the next 3 hours.

Here is what the animals did, here.  The sheep hung out in the barn with no noticeable reaction,  The geese were out and about with a similar reaction, and when it got, not dark but eire blueish grey, a couple of the chickens that were there for the party, got quiet and roosted outside for a little while.
Maybe the sheep were just paying respect.

I thought 88.8% would be a little darker than it was.  I wonder if the 1979 eclipse was a total eclipse in our area. I have not yet talked to Kris to compare stories; maybe her horse got a little more excited.
I thought it was cool but not "life changing".  I guess it really makes a difference with a total eclipse.
Posted by 6 sheep and a llama at 1:01 PM 1 comment: 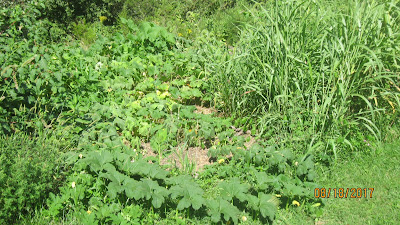