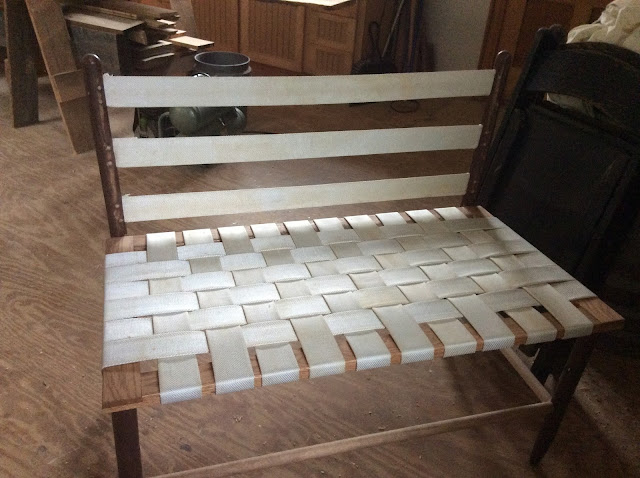 This is the couch I made from the Habitat chair.  Now I am making the cushions for it.  The webbing is fire hose (nice stuff) this one is not too stiff and heavy.

Our new couch and chair were delivered so now I can take the old couch and chair apart.  I hope this works well.  The couch doesn't have arms because it is going to line up with a table (also of fire hose webbing) to make a guest bed.  Everything in a tiny house has to do at least two things.  Lyndy has done a great job designing this house; with help from John of course.

I hope either the couch or Lyndy's danish chair, is comfortable, in the end. The only other thing to sit on is a couple of folding chairs, which are actually pretty comfortable, and my favorite spot, the steps to the loft.    I hope I can finish this by Tuesday.

Laying in the "Hammock between Over and Next"

In an interview on NPR, Norman Lear (93 years old) was asked if he had a couple of words of wisdom and he replied, "Over and Next".  He said if you could lay in a hammock between over and next it would be about as close as you could get to living in the moment.

That's where I was this afternoon.  The sheep had there 1st day of their annual retreat leaving the barnyard and pastures to hangout at the cabin.  I sat in the chair in the barnyard looking at the clouds.

When I was a child, I loved laying in the grass looking up to a blue sky filled with puffy clouds, seeing what animals and other shapes blew by.  Today, I sat in a chair because a barnyard isn't the same as a grassy lawn.  I looked up and what did I see?, I saw a goose and a sheep.  The goose had a top thing on its head like a roadrunner, but definitely goose feet and bill.  The sheep was as round as the ones in the cabin lawn.

What a quiet carefree day, until a walnut would fall from the great walnut tree and fall on the cabin's metal roof.  The temperature was perfect accompanied by a warm gentle breeze.  I LOVE the clear sounds and freshness of fall.

Yesterday is OVER.  I hiked with a bunch of people with weather more perfect than today.  We followed the St. Mary's River in the St. Mary's National Wilderness.  The trees are finally beginning to turn and the sweet birch are orange.  When you break a small twig and chew on it, you can smell and taste spearmint.  We hiked 6 miles and the 4th mile nearly took me out.  Three of us were coming down ahead of the others and decided to take a different trail to avoid some of the creek crossings.  That we did, but we found ourselves on ledges testing roots and small stones for hand and foot holds.  The concentration needed to keep us from sliding down the bank into the shallow river, gave a new meaning to "living in the moment".  Now that is OVER and I look forward to NEXT.

A couple of  years ago, I was part of an after school program at the local middle school.  The first part of the program was homework help.  This was followed by opportunities, presented by community folk, to explore all kinds of  interests that might be meaningful to that age group.  The program was appropriately named NEXT.  We would say, "see you next time" and the kids were alway encouraged to think about what might come next for them.  This is huge for some of the kids in this county who have never allowed themselves to think they might have a different future than their parents.  What is my NEXT?

I have many possibilities, one of which is fly fishing.  I was going to take it up just before I broke my ankle a few years ago and now I have a new exciting opportunity to try it again.   But alas, that is a topic for next time.

I was talking to one of my most faithful blog followers the other day and I told her that I hadn't been blogging as much because of the difficulties of uploading pictures when I changed my operating system.  I said I didn't think anyone wanted to hear me ramble on.  She said she liked both sides of my blogging, so  ... this is for you Jen.
Posted by 6 sheep and a llama at 10:07 PM 1 comment: 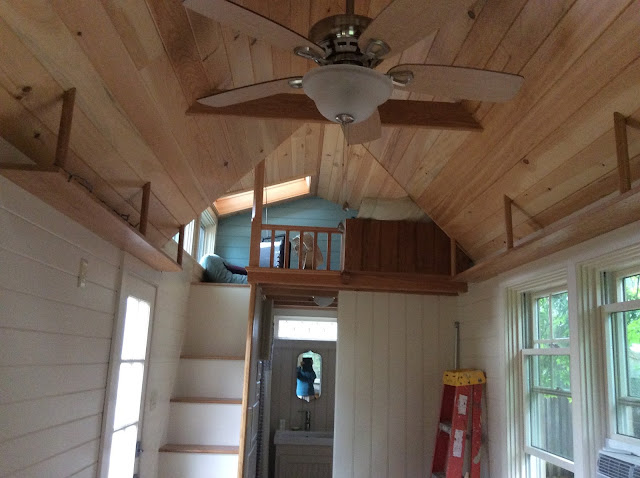 Can't wait to see the rail and balusters adorned with greens at Christmas. 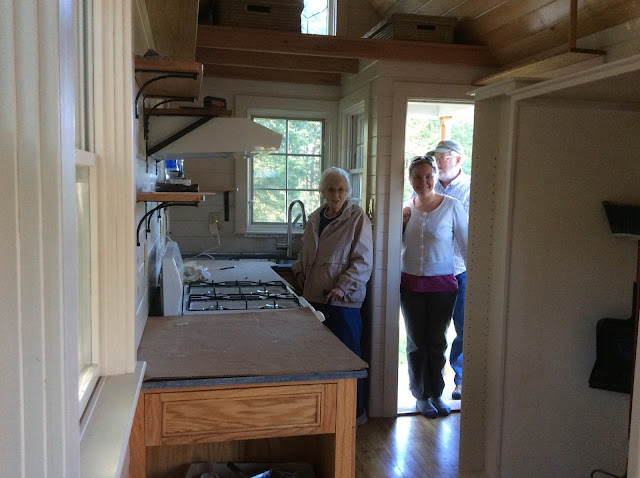 Gramma gives her approval. The refrigerator goes where this broom and dust pan are in this picture. 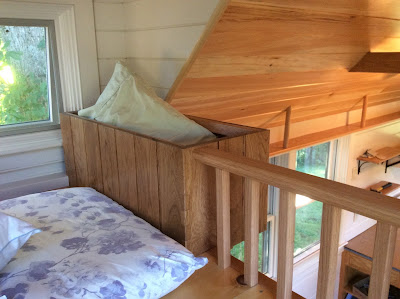 The linen box before the lid.  See the cat walk. 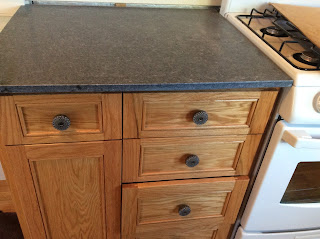 kitchen draws and soapstone counter ... and wait there is more. 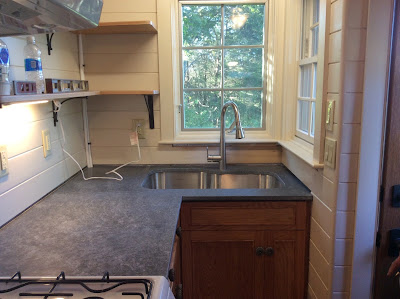 Who says a tiny house has to have a tiny sink. 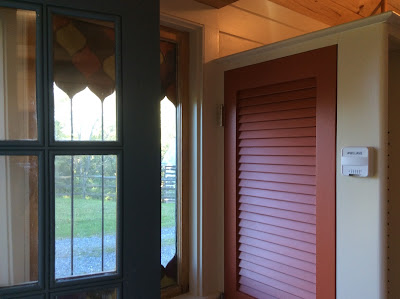 The broom and mop closet has a lot of room for a tiny closet.  The tiny house will be moving soon-- can't wait to see it furnished.
Posted by 6 sheep and a llama at 8:03 PM 3 comments: