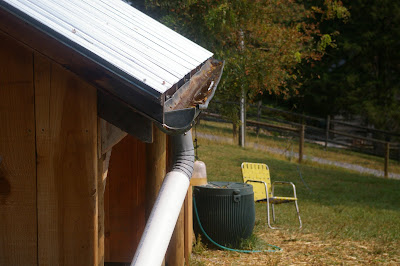 Last night I witnessed one of the most unusual storms I have ever experienced. It began as distant flashes of light with spaces of time between the flashes. Then vague drops of rain followed by wind, some fatter drops of rain, and a grand finaly of bright flashes that went on for over an hour with no spaces between them. The background rumbling built to a couple of cracks that found my hands over my ears. As one of the fronts went through some of the general flashes had lightning bolts thrown in-- kind of like when you see fireworks start to diminish and then a new burst unfolds out of the dissipating display. Truly spectacular!!!
But for the magnitude of visual and audio effects, there was a shortfall in the wetness department. Everyone was saying yesterday, that if we did get a thunder shower they were afraid that the water would just run off and not soak in. Well, that didn't happen-- the ground did get damp but we could sure use a rain today now that the ground is softer.
We had enough rain that the grass isn't brittle this morning. We had enough rain that some rain water off the barn roof mixed with the water in the rain barrels cooling the water enough that Plan C could be suspended (at least temporarily). We had enough rain that I could put a step post in, to a depth of an inch, in some places. Most of all we had enough rain to lessen mental anguish, I believe. (see upcoming blog)
Not enough rain, however, that the grass will start growing again I don't think.
Lets all thank God for the beautiful rain! If there is any more to spare I wouldn't mind have a little --or alot---More.
When I went down to talk to the animals this morning none had much to say about the rain or anything to show except that Amelia looked exhausted. I wonder if she is frightened by storms. 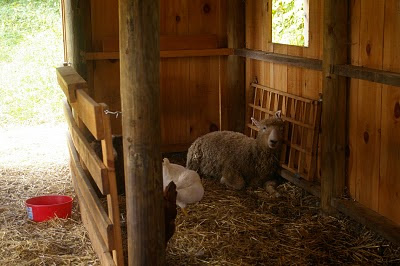