I am sure Karen would agree that watching animals is a Delightful Pastime.  It is generally very relaxing because they know how to live and there is very little drama or anxiety (there is a little).

I was just watching the sheep is the cabin yard.  It is one of there favorite places to hang out.  They went straight to the forsythia.  But as I watched, Annie kept twitching her tail and constantly moving.  Was she stung, I wondered?  Then others by the forsythia were doing the same thing while the ones grazing on the grass were very peaceful, no twitching.  At one point 4 of the sheep took off running for the gate.  Not sure what was bothering them but they eventually decided the forsythias were not their place of choice today.  The forsythia is past bloom, but something is in there, Ii will check later.

Yesterday, Beverly and I sat in our two new summer chairs, watching goslings.  They eat grass, find worms, play in the tub of water, preen themselves, stand up tall and flap their wings, cuddle in the corner of the pen, and then begin the antics all over again. 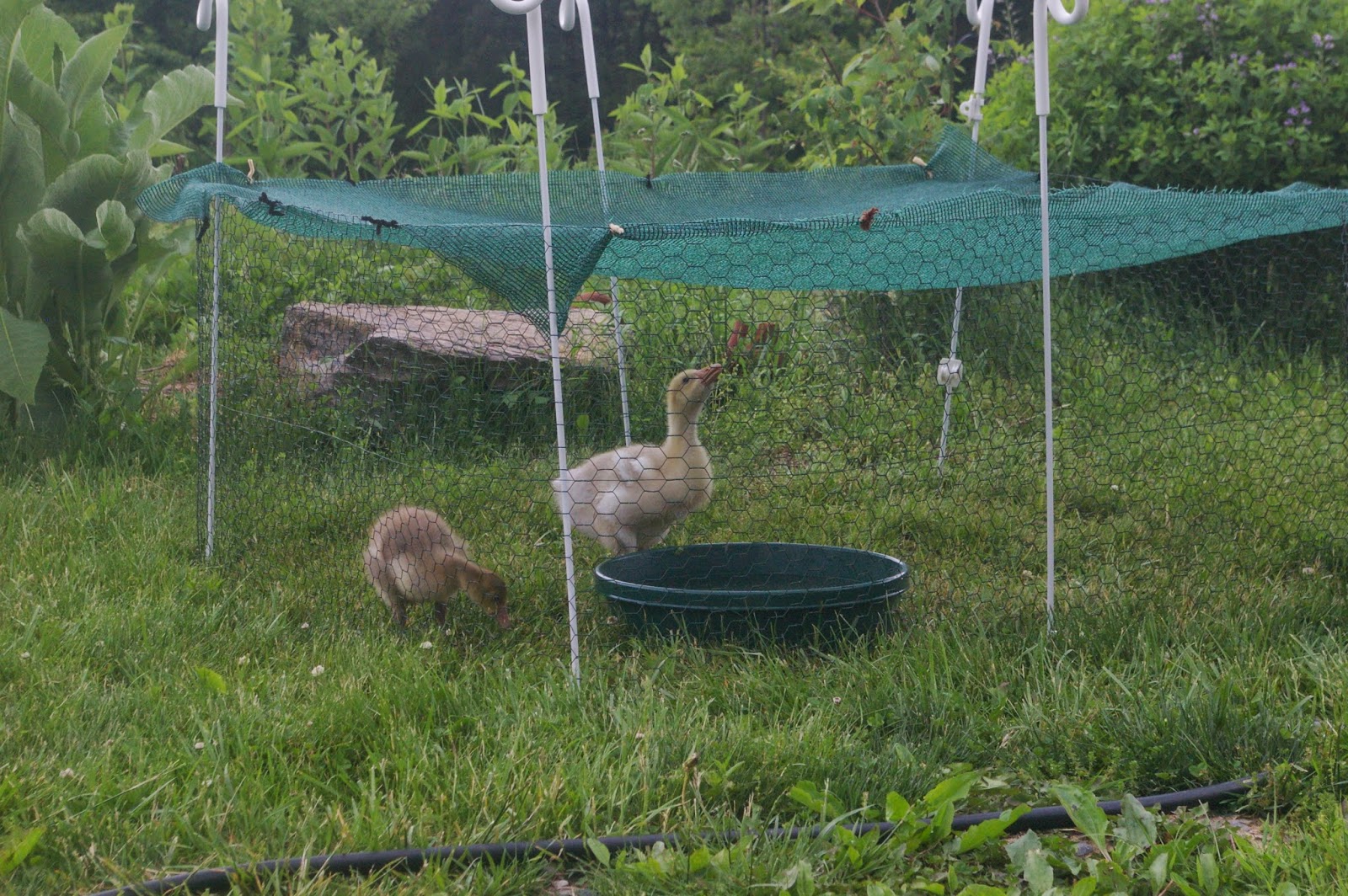 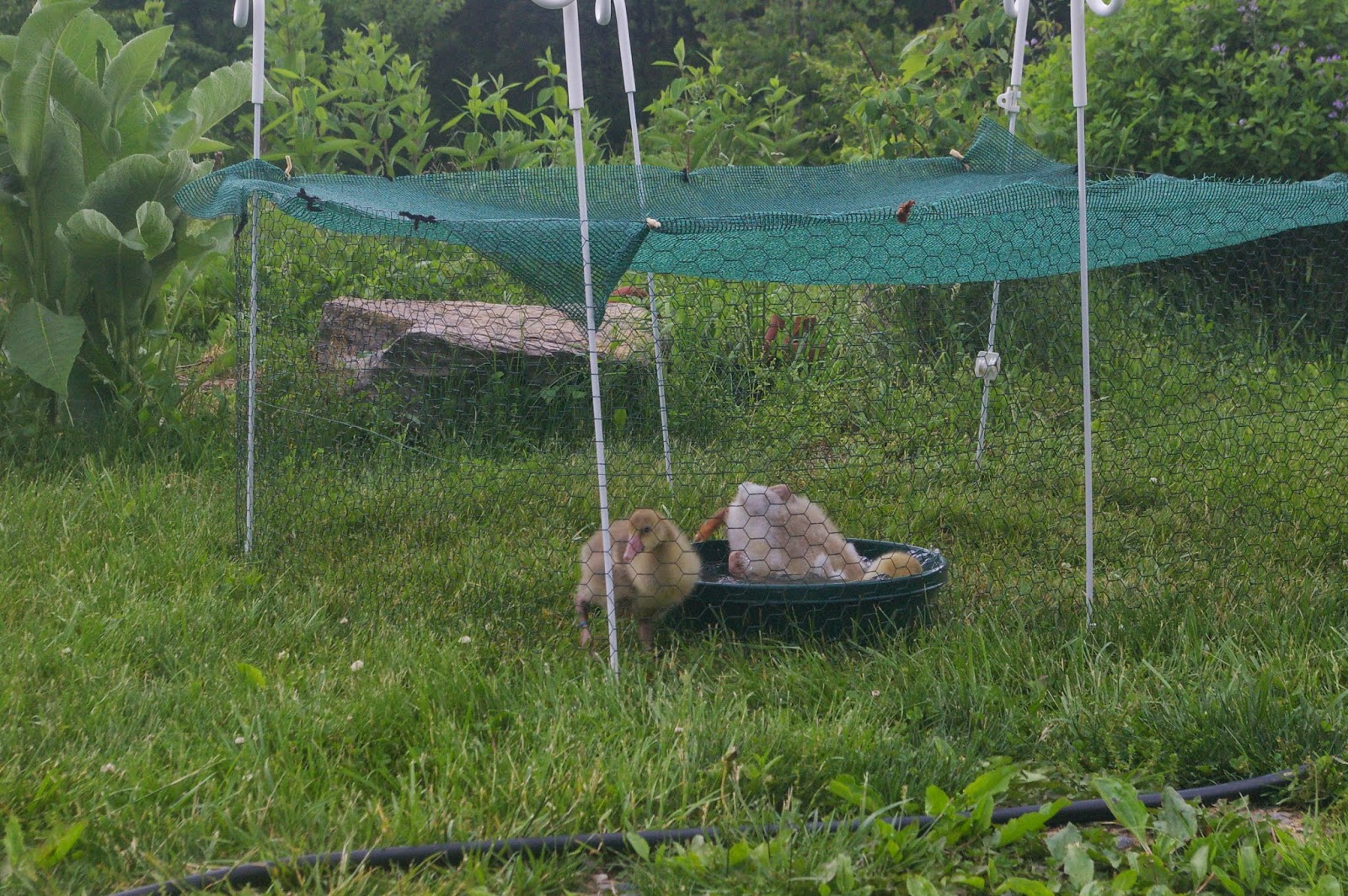 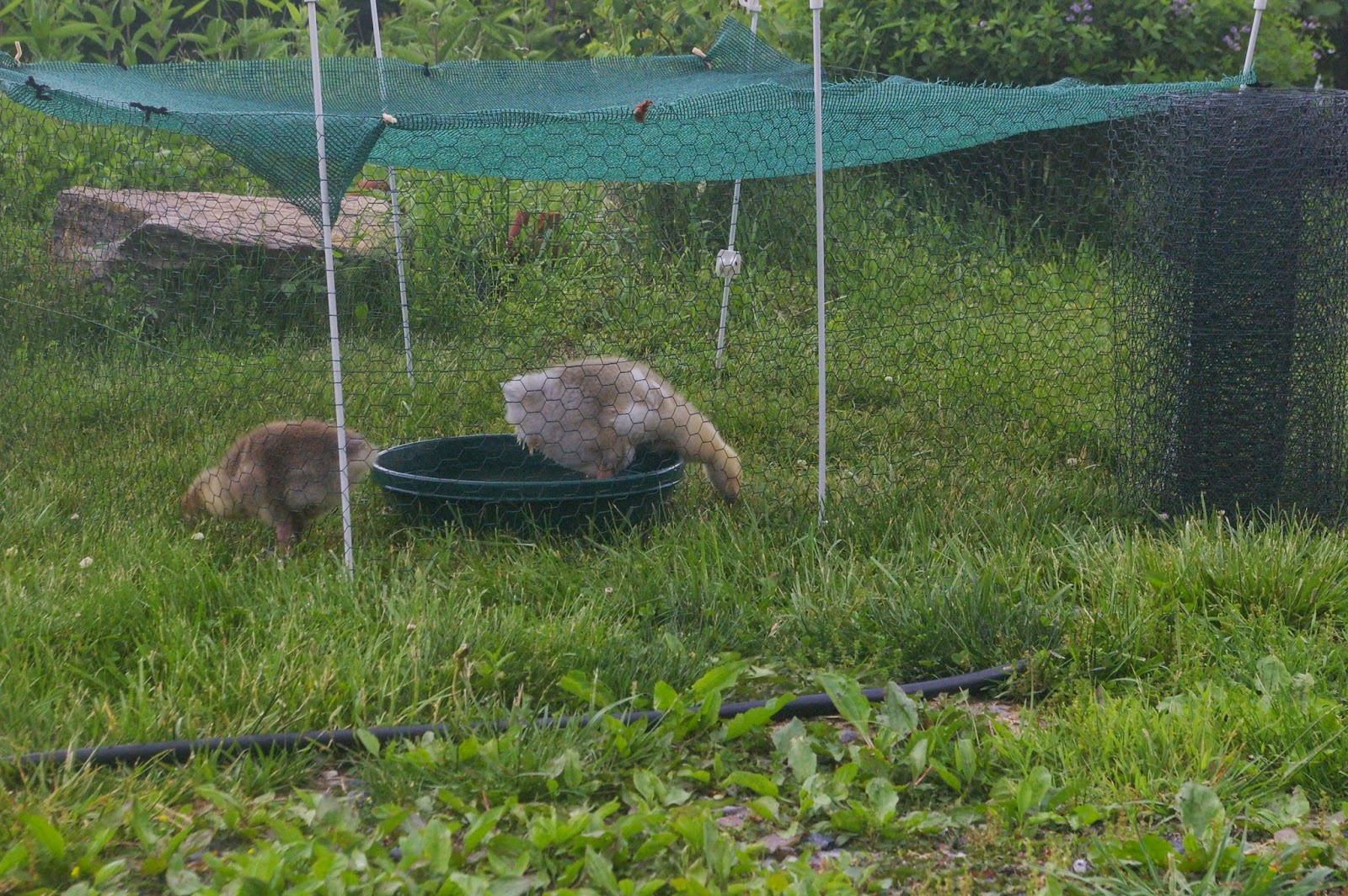 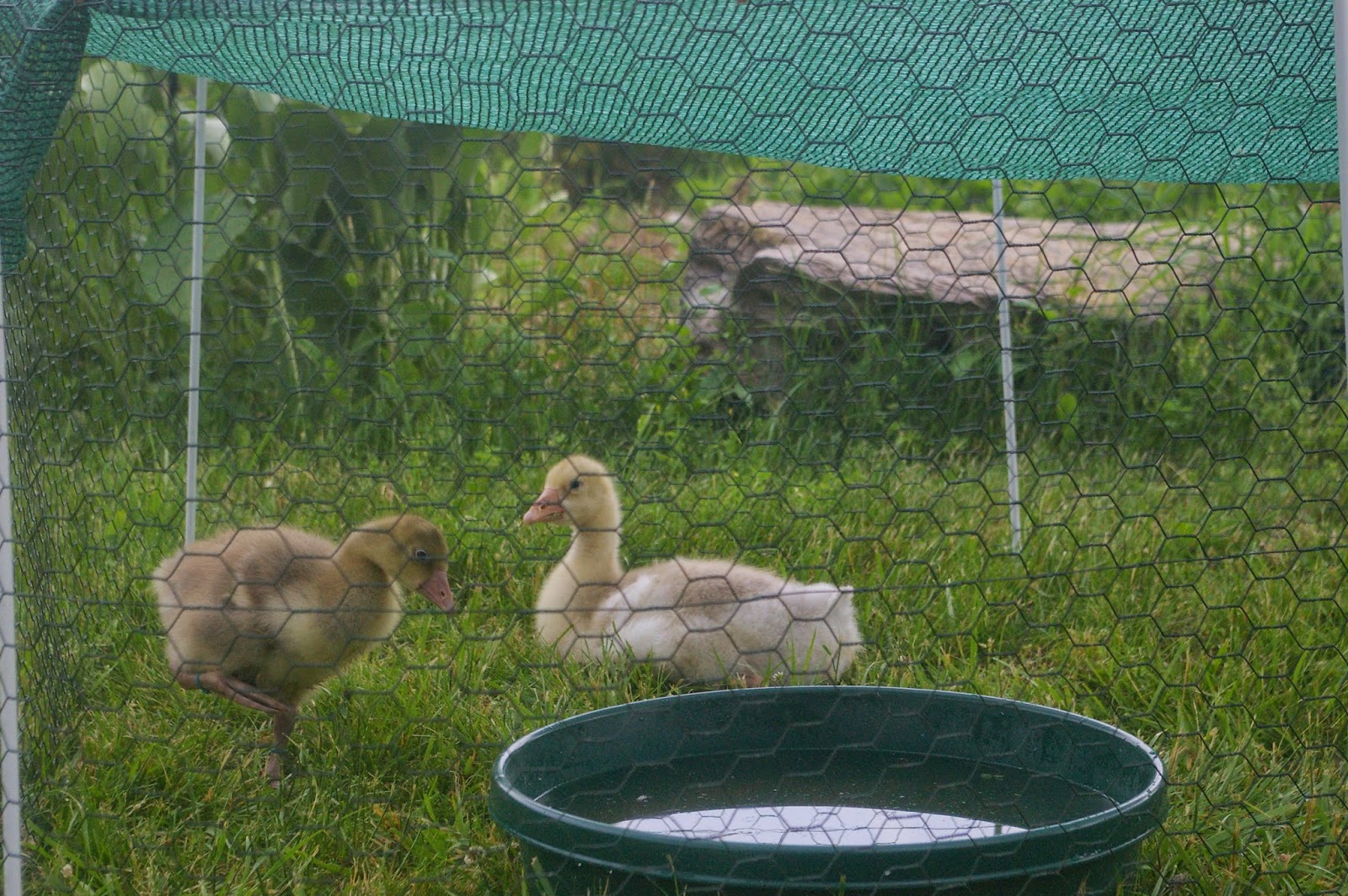 Today, my priority is getting the couch cushions done.  So I set up the sewing machine in our bedroom where I can watch the goslings out the window.  What a good idea, and better light too.

I went down to move the sheep back into the barnyard and found that a few were inside the forsythia fortress but none on the outside where they had been before.  I went to check it out and noticed lots of insects, staying cool in the shade perhaps, but not annoying me.

In making sure the animals all had plenty of cool water, I noticed that there was a bag in the trough with an orange and white fish in it.  Exactly what I told my neighbor to do, but I never noticed that she had come by.  Oh well, now there are 3 fish living in the trough.  When I went back to make sure the new fish was O.K. with the new surroundings, I saw Clementine and Effinger just hanging near the surface.  Fish are particularly restful to watch and they stayed where they were until I raised my hand for some reason and they took off.

When I went back up to the house, there was John, sitting in one of the new white summer chairs, watching the goslings.  Definitely a Delightful Pastime.
Posted by 6 sheep and a llama at 9:34 PM