The Snake in the Barn 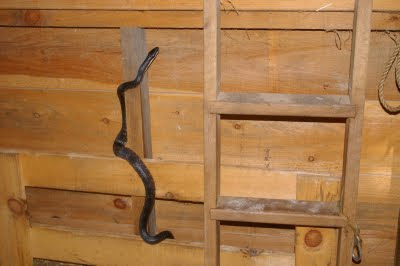 This fellow was not in the wrong place at the wrong time. And I had my camera with me- how unusual is that? I love black snakes; they are so beautiful and I grew up climbing trees with them. It was interesting watching this one work its way up to the hay loft in the barn. 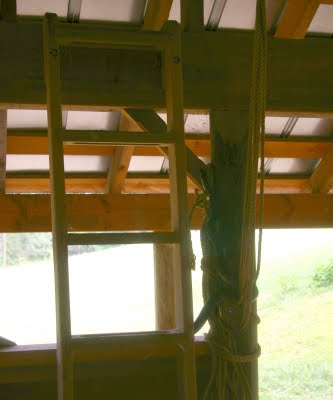 I was thinking this snake was looking for where the chickens were laying their eggs since he invaded their coop last week. 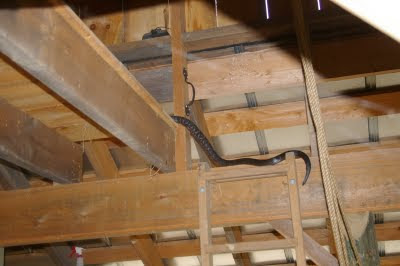 I waited for him to be well up there before I climbed the ladder. 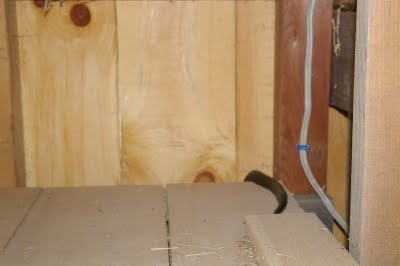 When I did go up I saw him/her disappear down into this well and thought perhaps the chickens had laid an egg here. I am not brave enough to be up in the loft with him/her (the startle effect) so I went back to the house and when I came back later I saw no snake or eggs. The chickens are laying in the coop again and I am trying to be more consistent about checking for eggs so the snake gets no reward for going in the coop.
Even though the snake was not in the wrong place at the wrong time I am not sure it was in the right place but I figure if the sheep and Beau don't mind sharing their home with a snake who am I to cast an opinion?
Posted by 6 sheep and a llama at 10:01 PM