As I was saying in the last blog, last week was Spring Break Fiber Camp.  The weather was a mix and one day we had to come to the house because the fiber shed was just too cold.  It was a great week, anyway.

It is always fun to have new kids that have not been to Cabin Spring Farm and introduce them to a whole new way to have fun; learning fiber techniques.  Equally fun is having campers that have been to Fiber Camp many times and see what they master and what new, captures their interest.  K conquered the spinning wheel and spun some beautiful yarn and R met the inkle loom.

These two have taken there skills home with them and
continued there in their spare time.  Actually, K
made his rug at school. 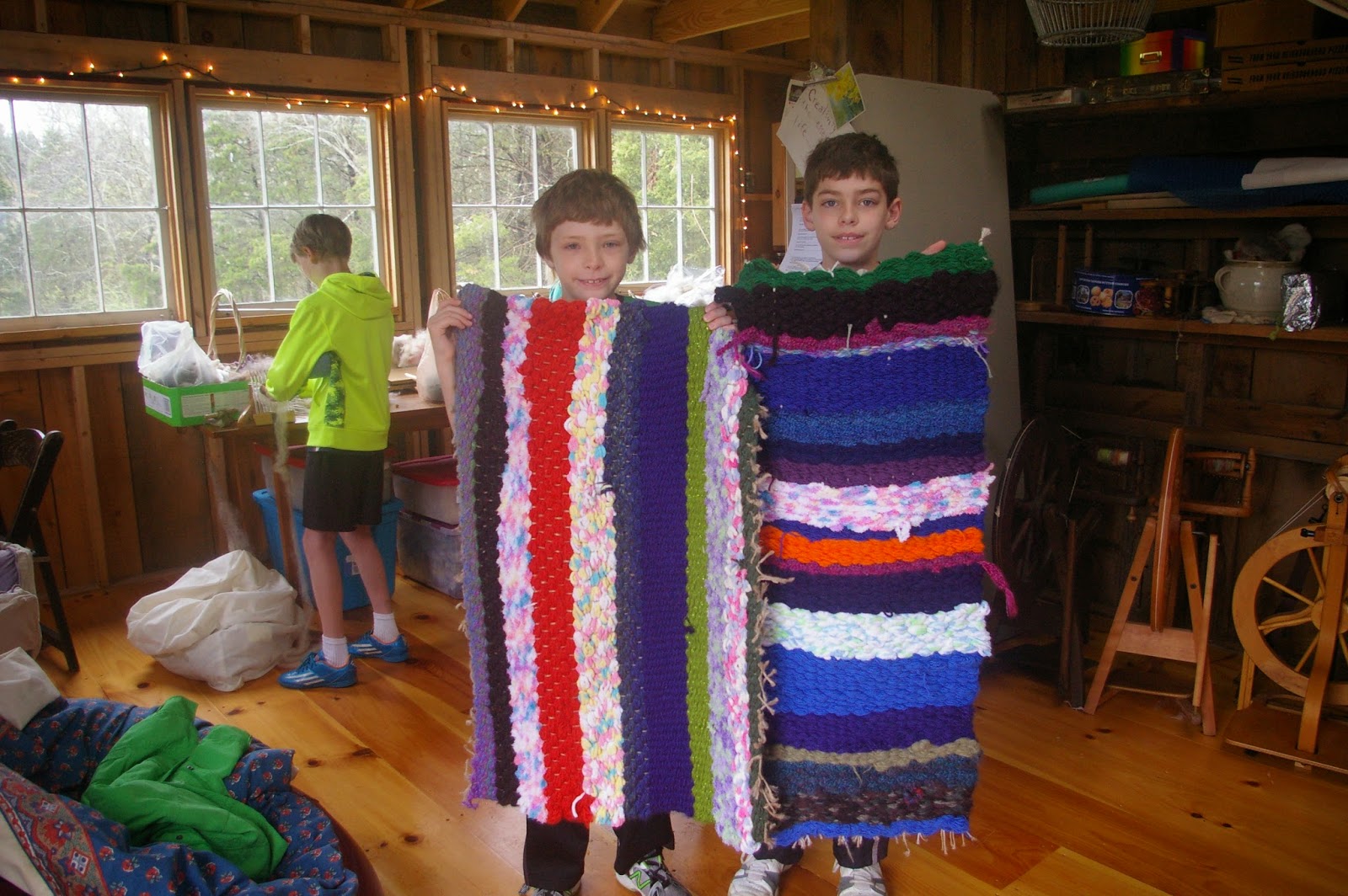 C is the queen of drum carding, and her brother C, is taking some fleece off the comb with the Oregon Diz 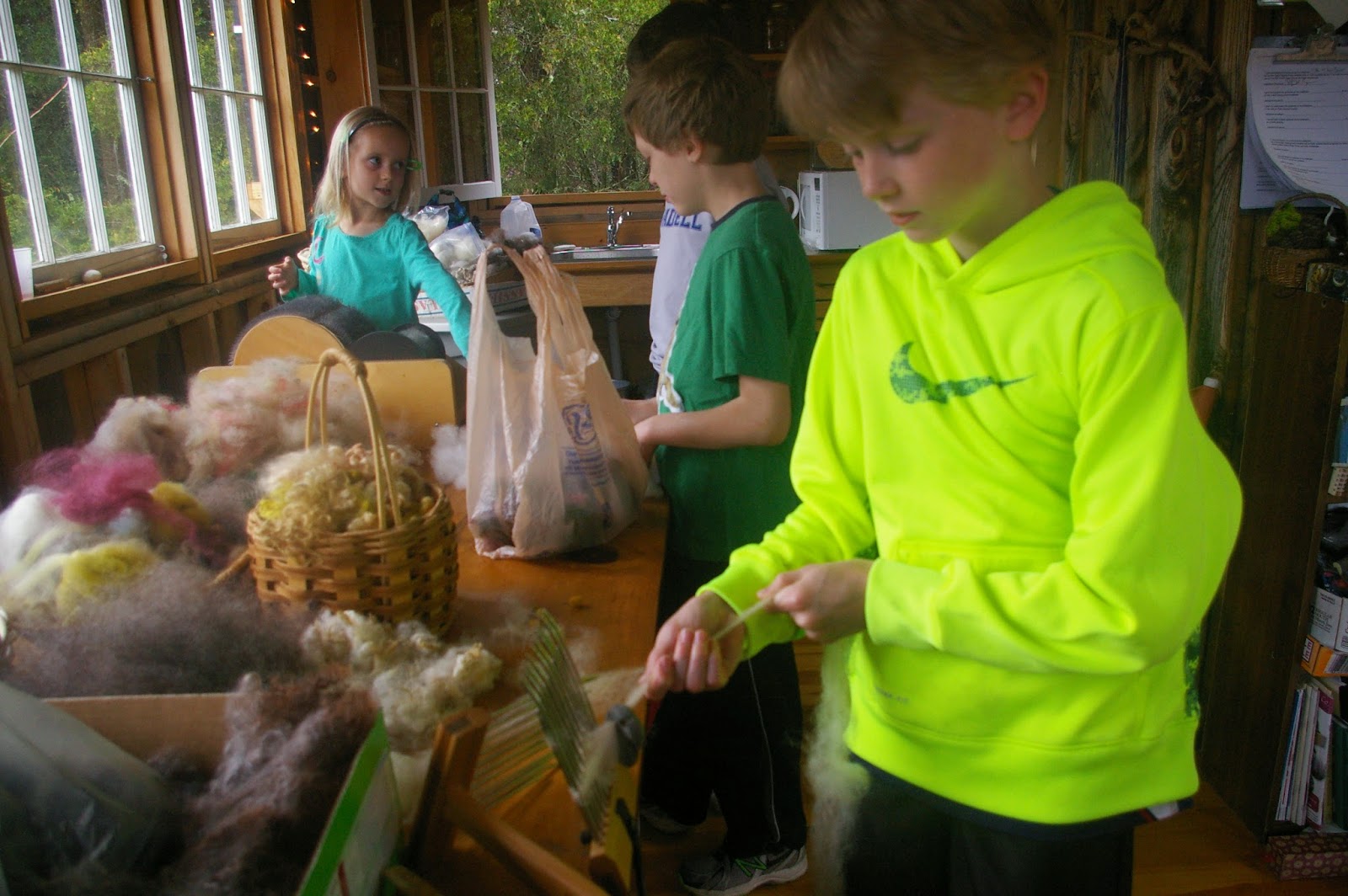 We are always discussing new scientific discoveries while we create and the kids made one of their own.   Slugs eat stink bugs!  If we could get them to eat live ones...... 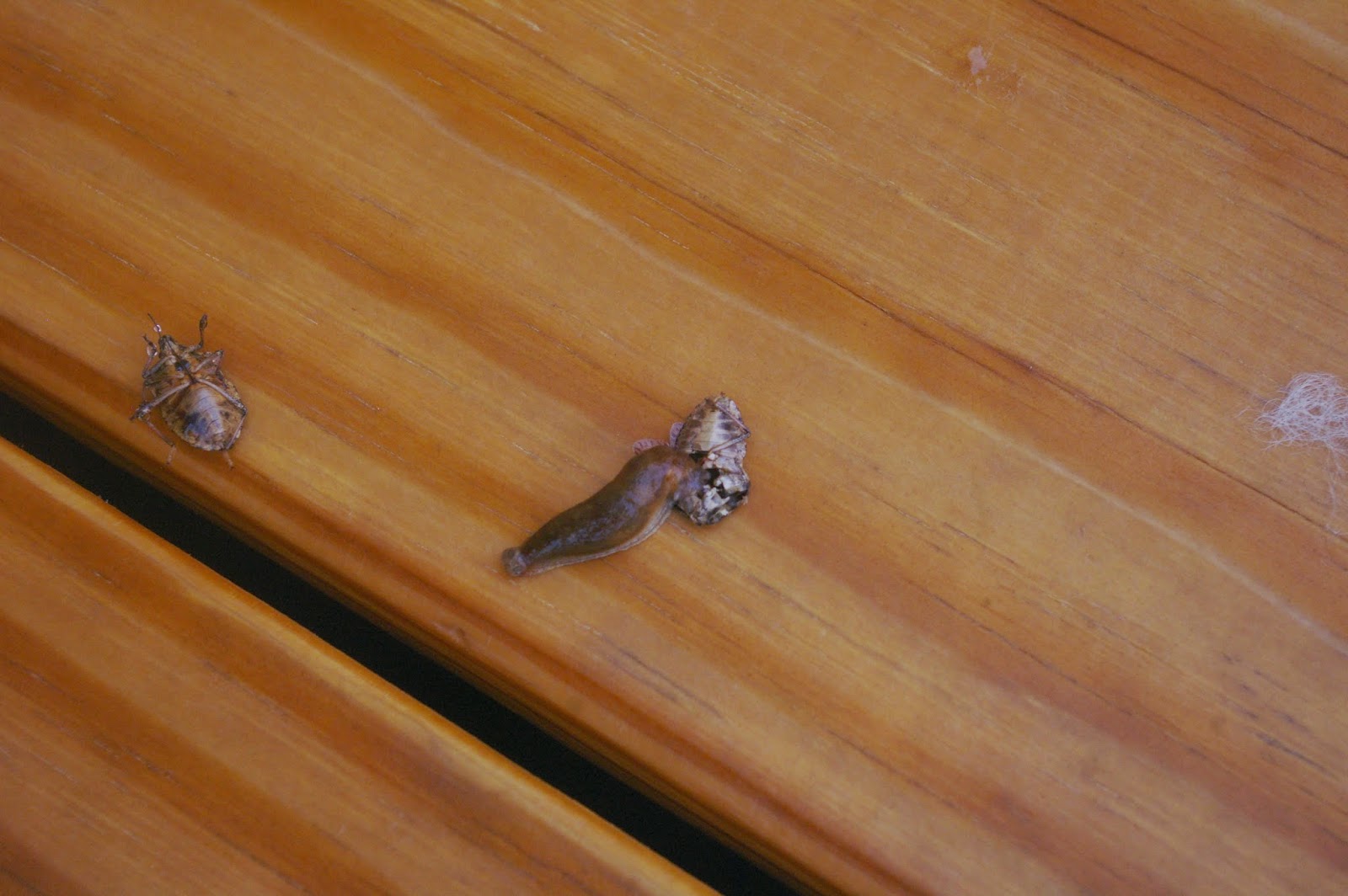 This session, the boys were in the majority and they really got into needle felting.  They were felting all kinds of creatures and couldn't keep up with a supply of felt so R's mom gave him some commercial felt to bring in. 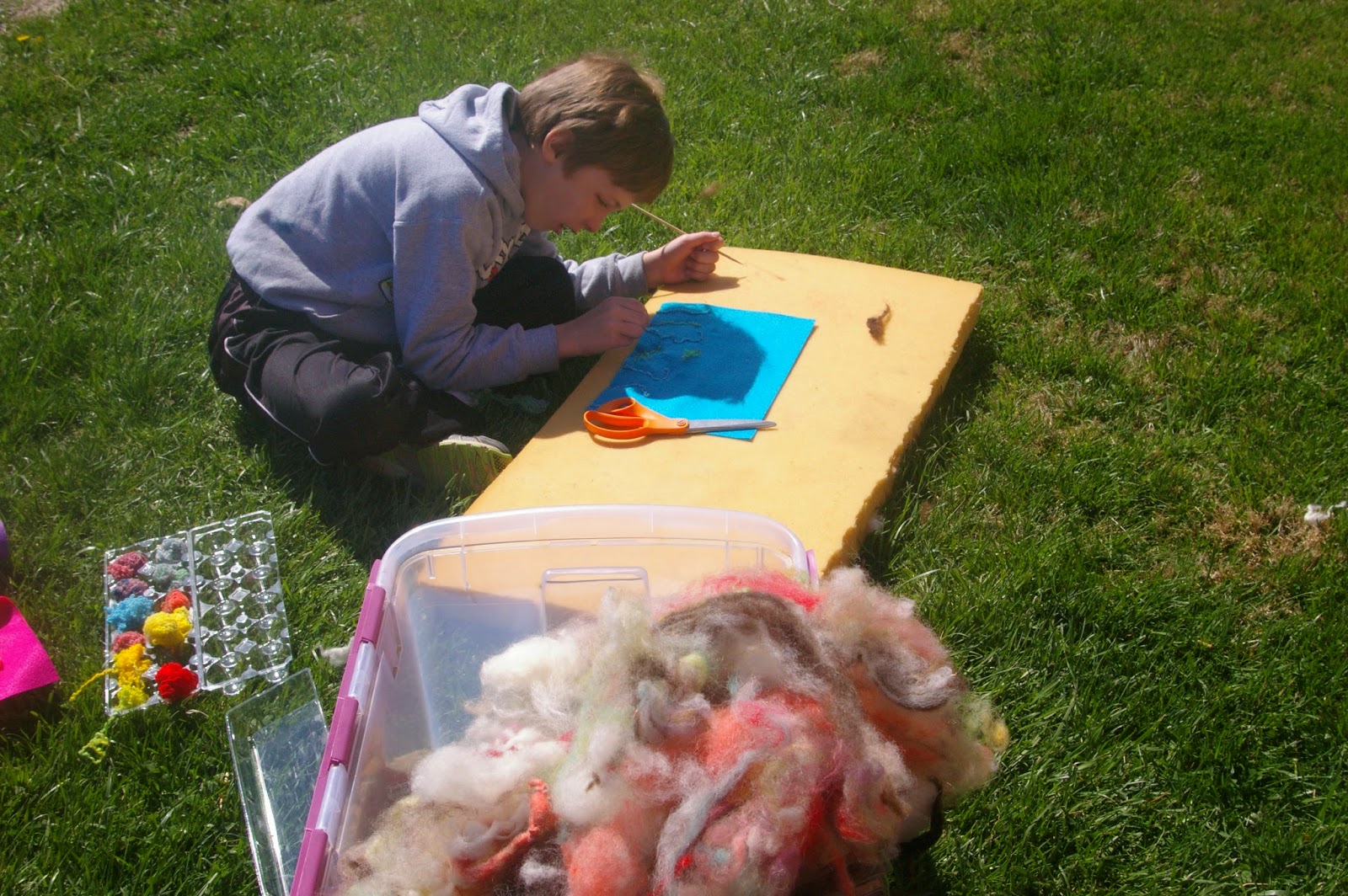 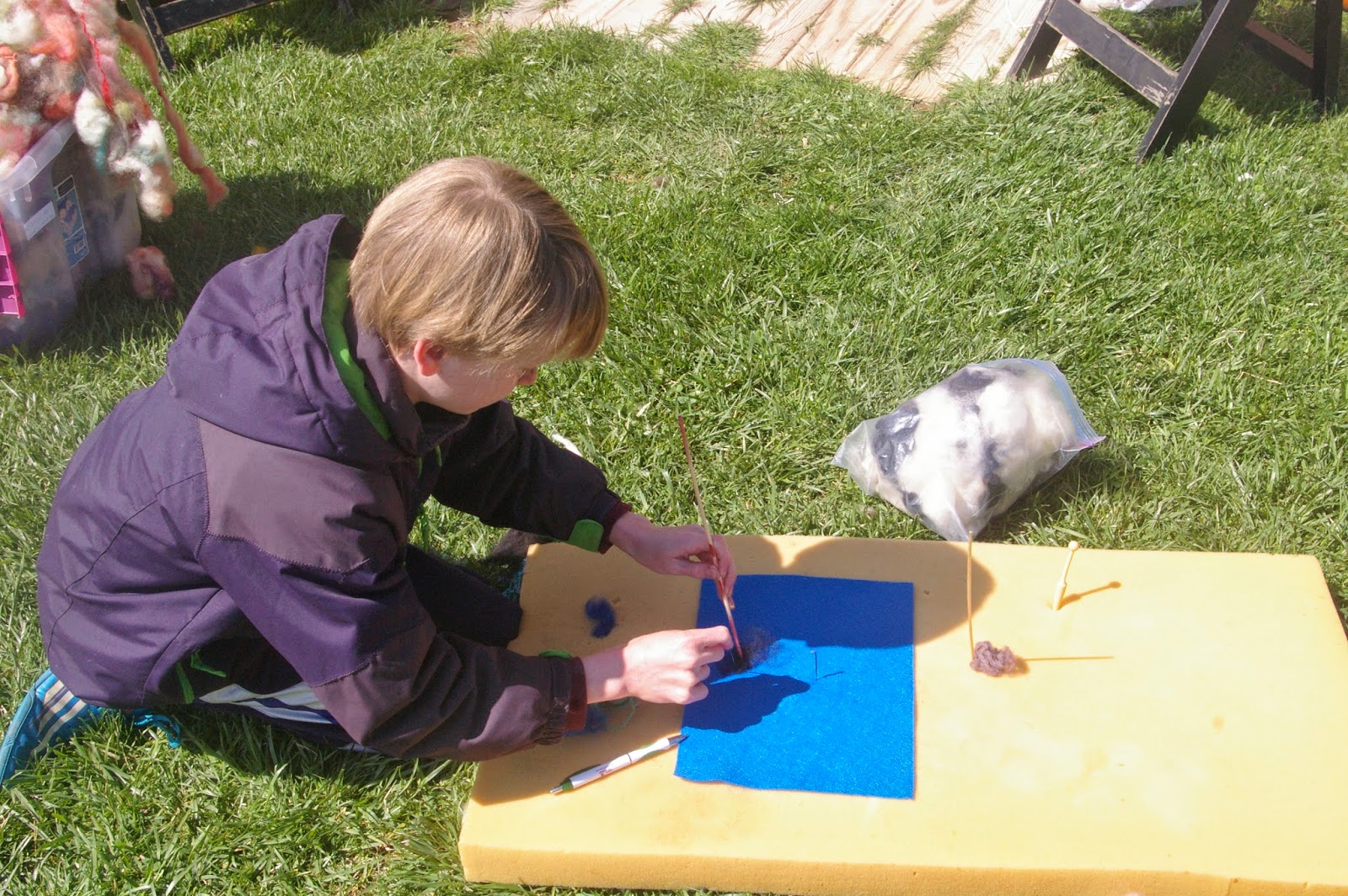 In the end though, I think we all decided that hand me felt is the best! 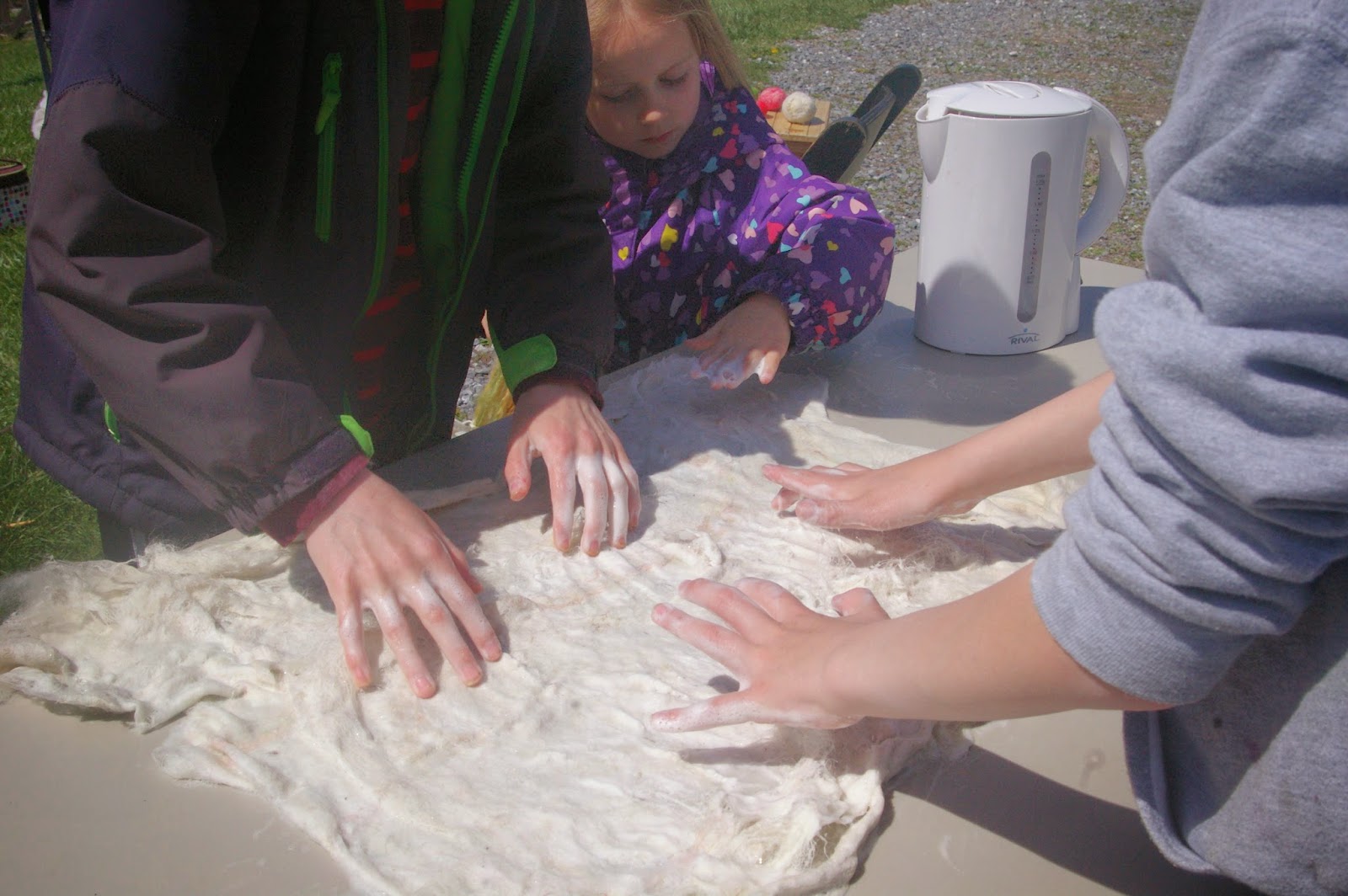