Must Be GOLD in These Hills

Another gift, first thing this morning, a double rainbow. 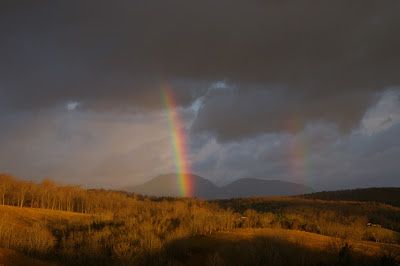 One end by Big House Mountain and the other in front of Short hill.  At one point you could see the whole thing but it was too close to photograph . 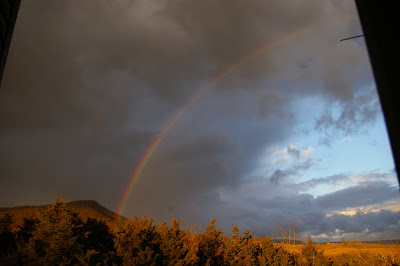 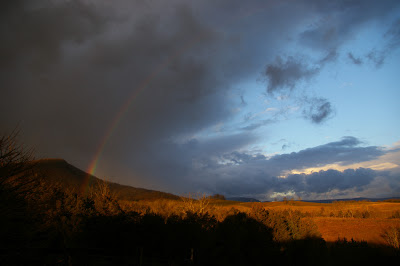 I was almost late to meet my walking buddies in town because I could't stop watching the rainbow change.  When I met some neighbors at the farmer's market, later in the day, we were talking about the incredible light and rainbow and they showed me their pictures.  One of them was telling me about seeing a rainbow once, that ended at one of their cows in the pasture.

The rainbow could have ended at any one of the sheep or Cher.  They are as good as gold, when they are not being difficult.  HA HA

A few hours later, I came home and this 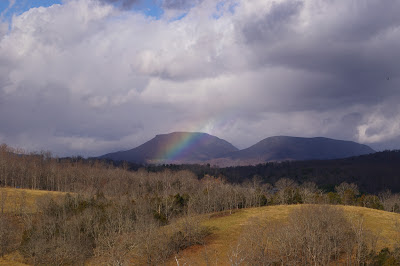 was the first thing I saw.