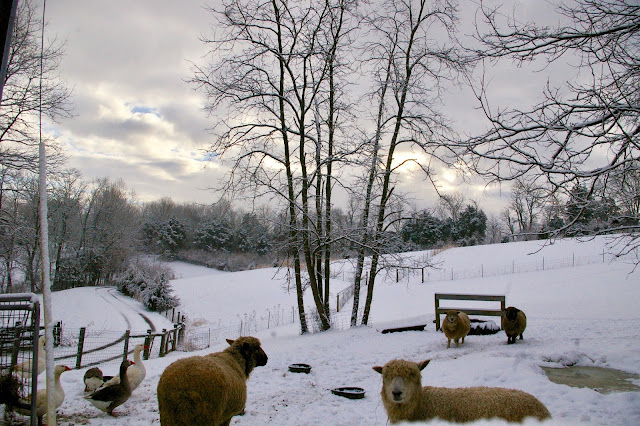 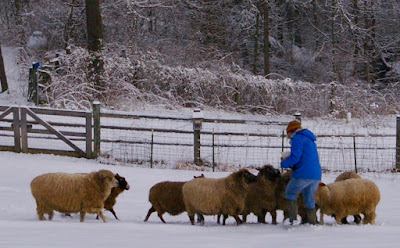 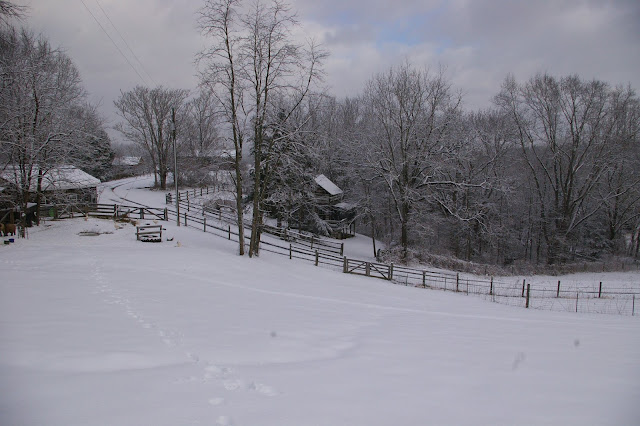 When you live in such a special peaceful spot, it isn't hard to stay home and play with fiber.  Unfortunately, I am still putting out mostly prototypes but do manage to get some product to the farmers market.  This week, I gave a young woman from nearby, some yarn to make a few hats.  When I told a friend, she offered to make a few too.  I am excited at the thought of new products.
I try to keep the sheep up to date with products that are being made from their fleece but they don't seem too interested.  When this snow melts and they get back over to the cabin for some grazing, that will capture their interest.
Posted by 6 sheep and a llama at 5:42 PM