Wow, what a year for peaches.  We ate them fresh many ways, gave some away, froze a few and then when I was ready to pick the remainder--- they had suddenly vanished.  There must have been a tremendous party that night, with all animals within a 2 mile surrounding area, invited.  There are still very small peaches on a younger tree that we are hoping will ripen to some degree. 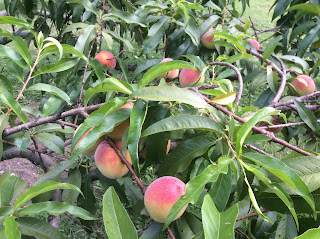 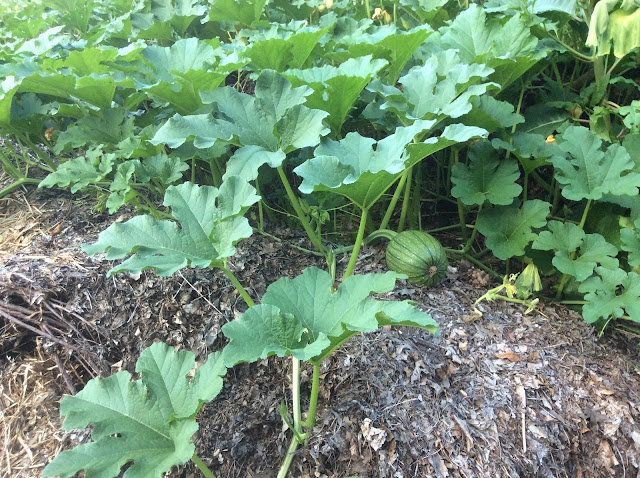 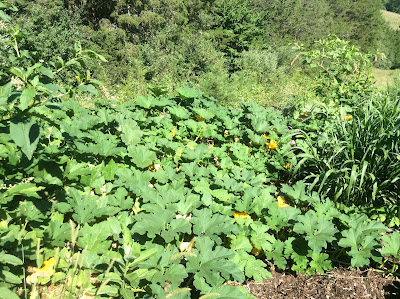 When I lived on Cape Cod, I was a persistent vegetable gardener.  Every Spring I would plant a large garden in sandy soil with whatever soil amendments I could come by.  Unfortunately, on the Cape the temperatures needed to grow tomatoes, peppers, pumpkins and such, didn't arrive until after the 4th of July so the growing season was much shorter than recommended on seed packets.  If there wasn't an early frost in the fall, you could get some winter squash and pumpkins but tomatoes were iffy, at least for me.  The only thing you could really count on was PEAS.  Finally, after many disappointing years, I decided to name the year after what one or two plants did well.  One year, it was the year of winter squash, another, the year of comfrey.  There was one year that was actually the year of sunflowers.

This year is the year of Peaches, Pumpkins, and Pretty flowers. 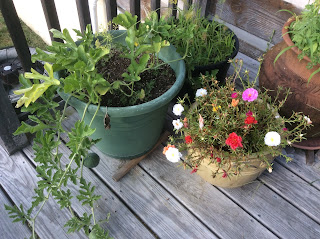 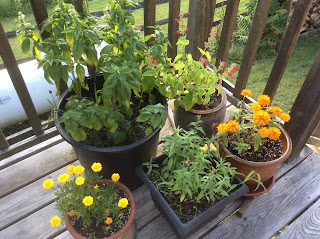 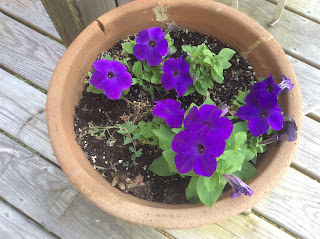 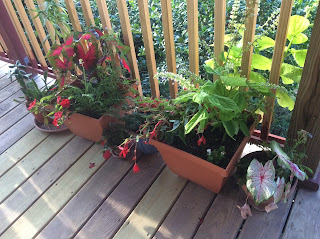