The Drama is Over

At least for today.  It was a quiet day at Cabin Spring Farm.  This morning I let the geese out of their pen but left them in their run area because I was walking with friends.  As I was getting ready to leave, Sal flew over the run fence.  I quickly put her back in and went off thinking, it won't be long before she flies over when I am not around.  I came home from walking and she was out again.

Cirrus has not gotten out without me letting him out--yet.  When I changed my shoes and went down to the barnyard to see how things were going, Sal was down by the gate, Cirrus was as close as he could be but still inside, and the sheep were resting in the barn.  John had just opened the gate to the geese run but Cirrus didn't notice.   I decided to let Cirrus discover the open gate on his own and just be an observer to the barnyard goings on instead of a participant.  A few sheep came down by the gate and I decided to let them into the area behind the garage/barn to graze.  Sal was still near the gate so the sheep had to maneuver around her.  That was interesting.  Some sheep gave Sal plenty of room, others just took the straight route and Sal had to make some quick moves.  It was all so much easier with one goose in the mix.  I had a story I had to write so I sat in a chair between the gate and the geese run.  At some point Sal went up to the gate in the run and Cirrus saw that he could come out, and did.  The sheep returned to the barn as Sal was walking up that way.  With both geese out, I stayed awhile longer to see if they would go in the barn and harass the sheep.  They didn't so I went back up to the house and fiber shed but stayed in hearing range.  When I peeked a little while later, the geese were resting outside the barn, the sheep inside, and all was calm.  I went back to what I was doing.  Later in the day, I went down to just hangout in the barnyard and sit in the sun.  Cirrus was resting too and Sal was entertaining us. 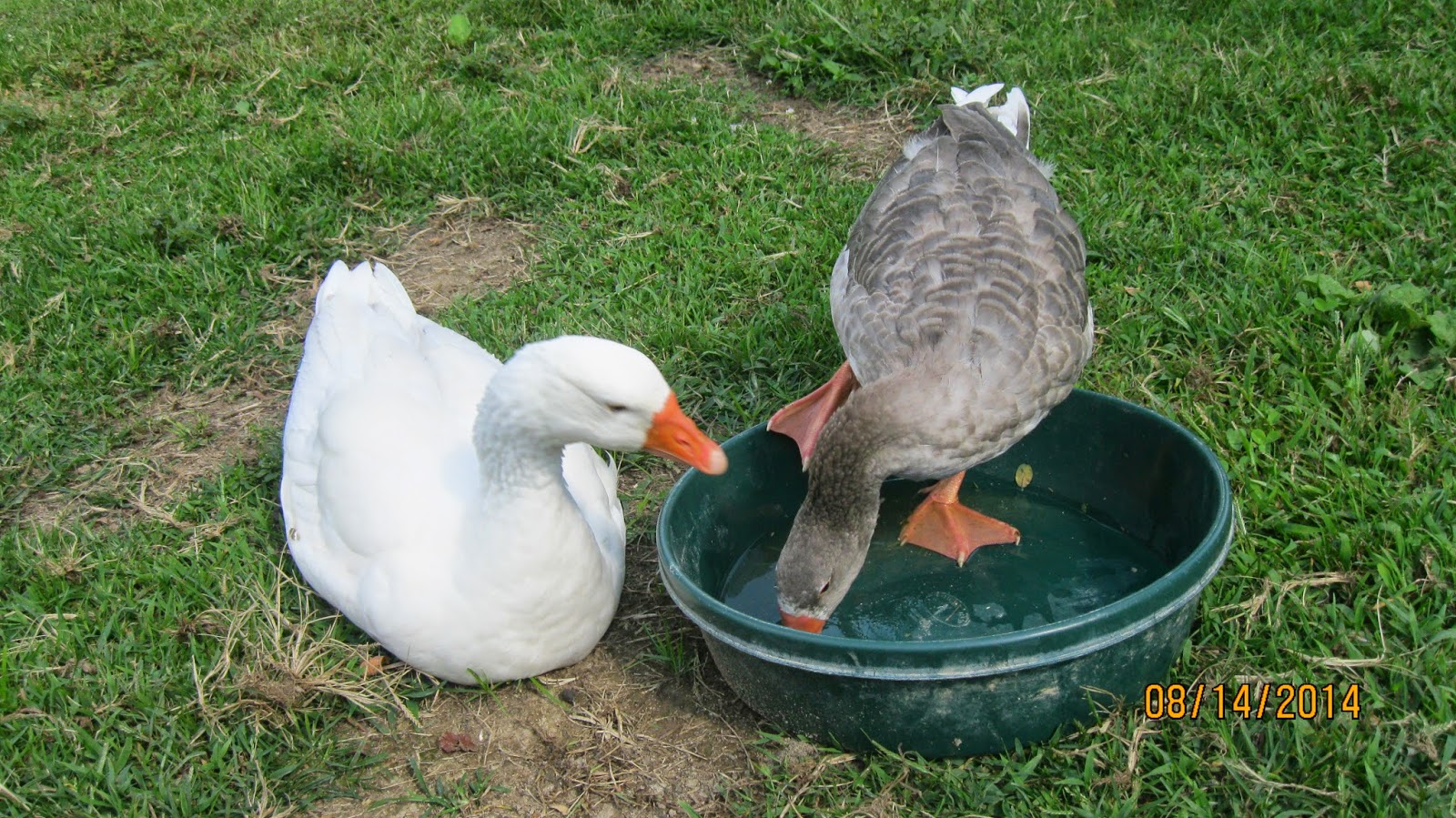 I am so glad things are working themselves out.  Usually, it just takes me figuring out how to stay out of the way.  I hope tomorrow is as calm as today.
Posted by 6 sheep and a llama at 10:00 PM