I have a few diehard follower who let me know when I have not written anything in awhile, and then I think, "what have I been doing?"

Well, I have been dyeing wool with late summer plants, for one thing. 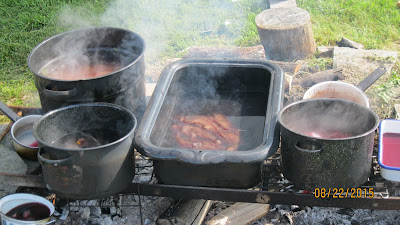 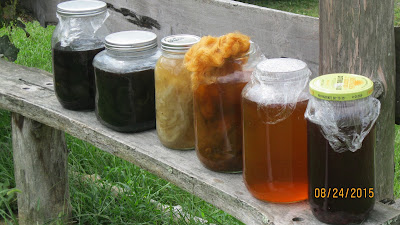 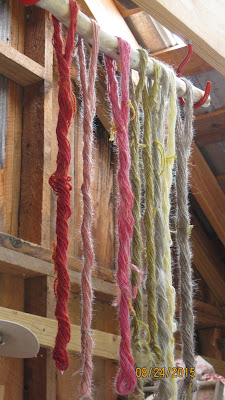 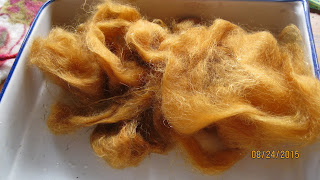 Thanks to some good friends, we were able to process several plant dyes.  One of the greens is from some dark purple dahlias my friend Lindy brought over.  Ryan is a pokeberry fan and I wanted to try jewelweed. (what a lovely orange)  The dark skein on the left is from some fermented wineberries.  Next year I will collect many more berries.  Now I want to try the autumn olive berries.

When I am not dyeing wool or spinning, I am researching hybrid water systems schematics for Lyndy's tiny house.  I found a good one on a marine sight.

Much of my time lately has been devoted to chicken psychoanalysis.  I got 2 roosters from a friend a couple of weeks ago.  They were sweet roosters but one of them decided it did not want to sleep in the coop at night.  That in itself is not a bad thing, but this rooster picked bad places to roost, so that I had to go out before dark to see where he was and then wait until he was half asleep and move him to the coop.  I decided to take him back before a raccoon got him or I fell off a ladder.  Two nights before I was to take him back, the other rooster started the unsafe behavior, so I took them both back.  My friend gave me another rooster to try and so far so good (but it has only been 2 nights.  I tried to figure out why they did not want to go into the coop (intimidated by the geese or one of the hens?).  I went down early to see what happened before bedtime but nothing seemed deterring.  I guess this will be another unsolved mystery.  And then there were 2 chicken deaths within a couple of weeks.  (sudden coop deaths)  The first, I found on her back like she had fallen from her perch in the night.  The second, was laying on the bedding facing into a corner of the coop.  When you research "dead chickens in the coop" interesting things come up like: falling off a high roost and braking a neck, heart attack from fright, stroke, all kinds of things humans die from in the night.

We have had a few visitors and another coming Monday.  I have been enjoying spending more time just hanging out on the farm.  The fall is busy with fiber weekend things, though, so I might have to say good bye to the lazy days of Summer.
Posted by 6 sheep and a llama at 9:12 PM